When to Visit - Festivals in Curaçao

Party at the Curaçao Carnival Parade

Off the Venezuela coast, the Dutch Caribbean island holds its largest carnival celebration in the colonial town of Willemstad. Shifting from late February to early March, festivities kick off with a local music festival and end the day before Ash Wednesday with a parade. It culminates in the burning of King Momo. The life-sized effigy that symbolizes sin, infertility and bad luck literally goes out with a bang as fireworks explode over the island.

Drinking, eating and dancing abound at the Tumba Festival. It opens carnival with four days of tribute to the island's native sound, African-based music that has a mix of meringue and Latin jazz. Tumba music composers compete to have their pieces played in the carnival parade, and get crowned the year's “King of Tumba.”


A 20-minute drive from Willemstad, a festival site on Piscadera Bay hosts the annual North Sea Jazz Festival. Each August, four stages welcome a slate of international performers for shows that range from jazz and soul, to hip-hop and Latin styles. A full week of music events precedes the two-day festival. Colorful mansions, dating to the 1700s, serve as the backdrop for the Curaçao International BlueSeas Festival, a jazz celebration that's held in Willemstad's Pietermaai District each May.


In July and August, venues across Willemstad host the Curaçao Salsa Tour. The dance that originated in Cuba is hugely popular on the island, and celebrated with a week of live performances from some of the world's leading salsa players. The festival also features dance competitions, salsa workshops and music competitions. 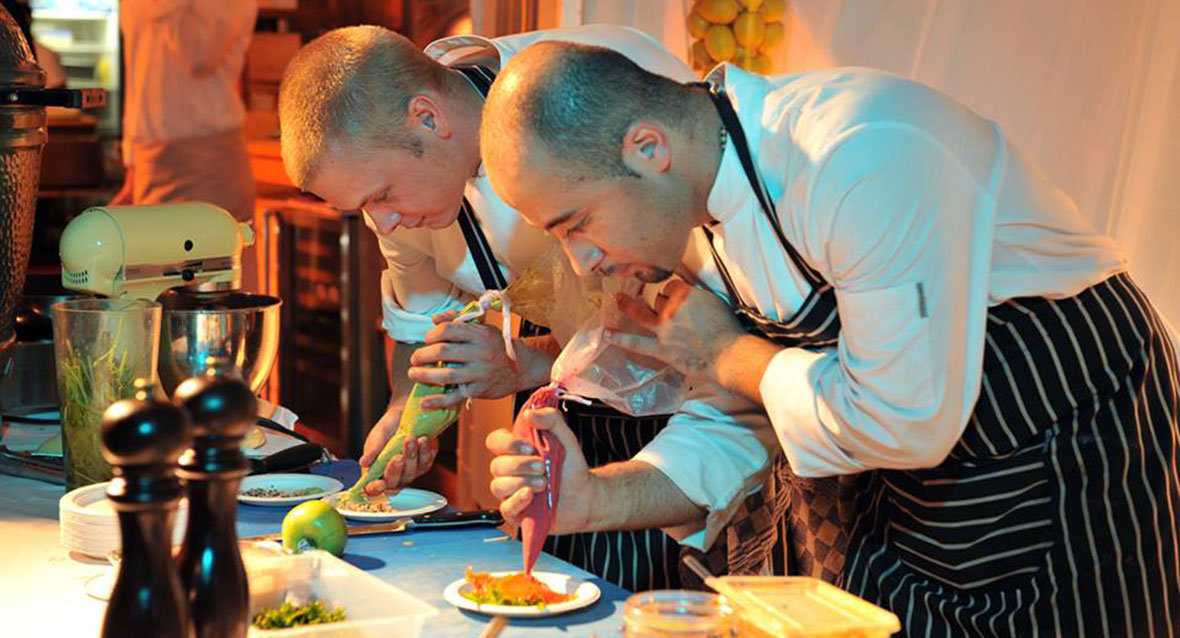 Culture and a Curaçao Food Festival

More than 300 eateries take part in June's Restaurant Week Curaçao. The island's culinary scene reflects its diverse population, blending Dutch, Creole and Indonesian influences for its signature dishes. Fine dining is to be had at a bargain with restaurants offering three-course meals at reduced prices.


A Curaçoan dance that died out in the early 20th century is performed each March at the annual Harvest Festival. More than 2,000 locals turn out to perform the traditional seú dance at Easter Monday's folklore parade in Willemstad. Also in March, artists from across the globe head to the island to paint a work for the weeklong Plein Air Festival.


In April, the Curaçao International Film Festival Rotterdam presents a selection of feature length films (both documentary and fiction), as well as short films from around the world.

Surrounded by wide coral reefs that teem with undersea life, Curaçao has some of the world's top diving spots, including a vertical wall of coral that can be accessed right from the beach. Each May, the Curaçao Dive Festival celebrates the favorite sport with dive outings, classes and seminars. On the first Saturday of November, the street cycling season comes to a close at the Amstel Curaçao bike race. The race has a week of satellite events like a tug of war, pool parties and a closing bash on Mambo Beach. A $12,000 cash prize is up for grabs at March's International Release Blue Marlin Tournament, with anglers releasing catches that weigh less than 30 pounds.