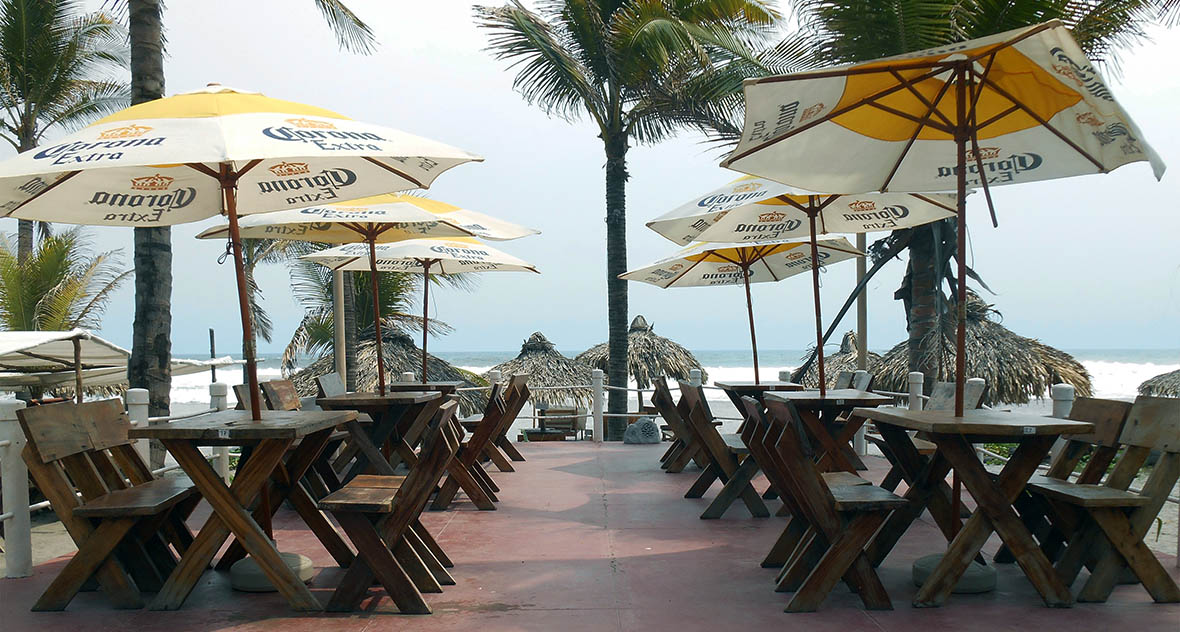 The well-known family of restaurants that boasts multiple eateries around El Salvador offers a variety of seating areas that range from beach-bum bites to fine dining at it's location along the popular seaside getaway of Costa del Sol. Service in the sand can be had at tables right on the beach, backed by a beach bar that sits under a roof of palm fronds, as light chill-out music floats over the entire scene. About two dozen wooden tables lie on the beach under Island-style wooden structures that support bright-cloth covers to shield the sun. An eating area of equal size sits on an adjoining patio, with even more beachfront seating found at large semi-circle cushioned loungers under wide thatched umbrellas. The beachfront dining spaces give way to a small wading pool and garden area that's flanked by an open-air structure of Roman-style cement columns housing over a dozen wooden tables with rustic tree-section tops. 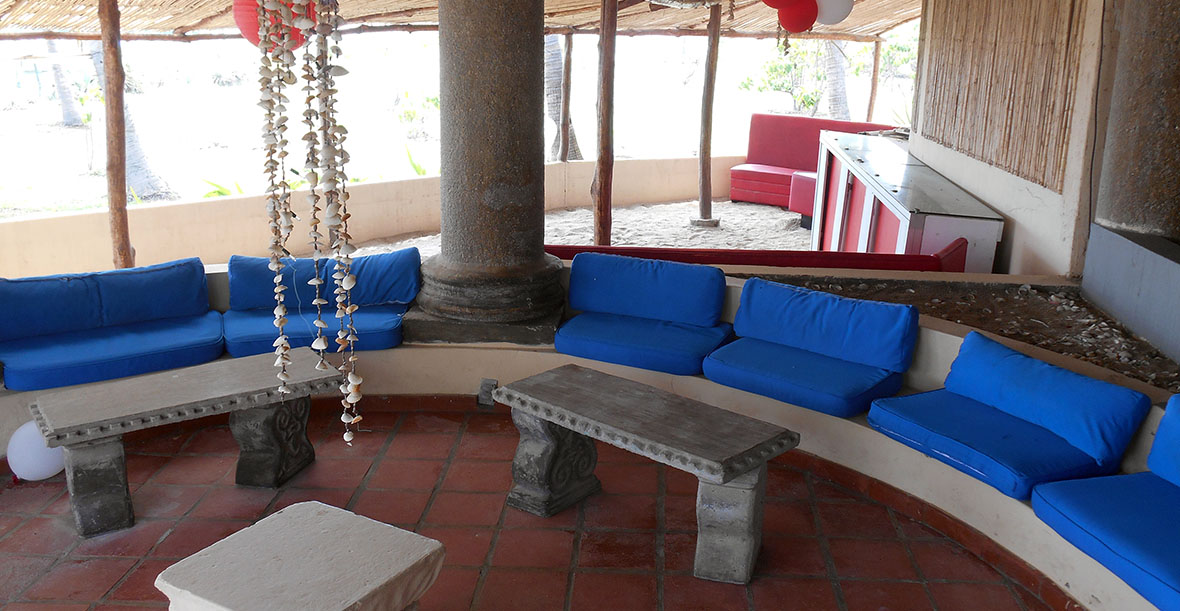 The ridiculously large menu features seafood selections in almost any combination one can imagine. Ceviche is a specialty, with shrimp ceviche accented by red onions, lemon with ginger, spices, grated coconut and pineapple jelly, served with sides of elote desgranado, corn in a mix of cream, cheese, powdered chile and lemon. Cooked seafood platters combine fresh catches in a dizzying number of mixes, with both single servings and massive sharing plates of lobster, oysters, calamari and filets, along with shrimp dishes that are enhanced by accents like wasabi, chipolte salsa, avocado, cilantro and black olives. 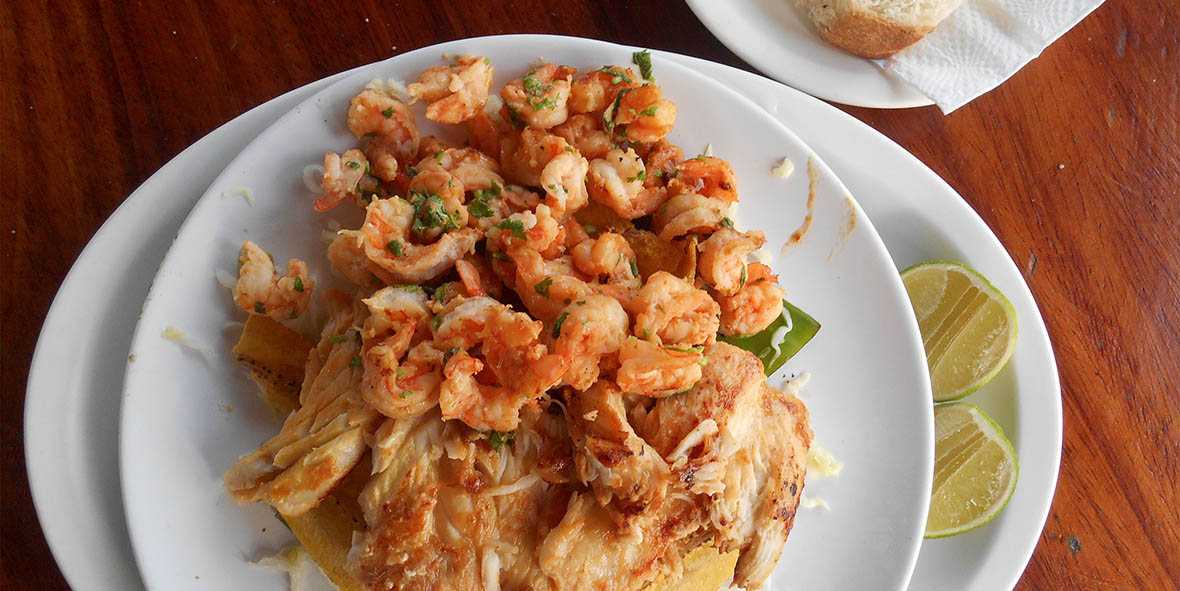 Sushi that's served with sake and Tsing Tao beer is accented by traditional flavors from the East like ginger, Japanese vinegar and teriyaki. Over a dozen varieties of sushi rolls include cucumber-filled kappa-maki, classic California rolls, tuna and sesame rolls, with eel, salmon and crab tucked into seaweed wraps. Sashimi dishes with thin slices of raw fish like salmon are served in lemon juice, accented by peppers, red onions, leeks and olive oil. 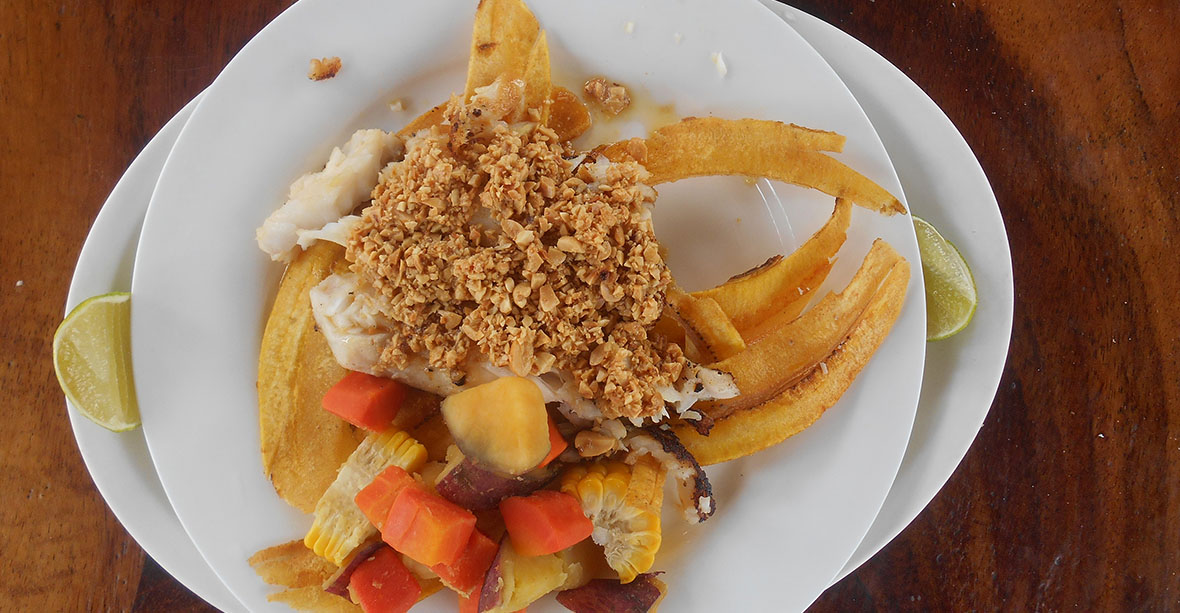 Italian-stlye fare is represented by over a dozen different pizzas with traditional toppings like mushrooms, ham and salami, as well as lobster, shrimp and crab. Pasta dishes like spaghetti, ravioli and lasagna also draw from the bounty of the sea with accompaniments of lobster, shrimp, oysters and clams.

Drinks on the menu include beers like the local favorites Pilsener and Golden, along with the imports Grolsh, Heineken and Bitburger, with a beverage menu that also favors beach refreshers like frozen drinks, daiquiris and pina coladas. Decadent desserts include vanilla sorbet, caramel flan and cherry flambe.